Pine Street Townhomes is a project on the corner of Pine and Sinclair Streets in downtown Reno.

Ryder Homes wants to develop a new townhome project in downtown Reno, according to permits submitted to the planning dept at City of Reno.

The 10-parcel project area shares common ownership and is proposed for a merger and re-subdivision to create 49 lots for attached townhomes. The density is approximately 31 units per acre (49 units / 1.58 acres). Each unit is 3 stories tall and includes a two car garage on the ground floor. There are 3 floorplans proposed, with areas as depicted in Figure 6 below. The units are all attached, clustered in 7 total structures. 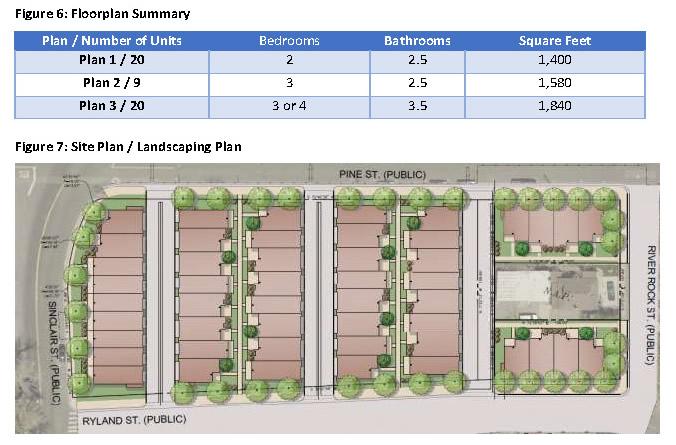 On the east side of the site, two structures with four units each are positioned to the north and south of the NAP parcel. Vehicular access for these units is proposed along Pine Street and Ryland Street. The remaining 41 units are housed in five rows, with four structures of eight units and one structure of nine units (on the Sinclair Street frontage). Vehicular access for these units is provided by three alleyways running parallel to Sinclair Street and River Rock Street. All of the garages for these units will open to the alleys.

Landscaping for the project is intended to provide for an enjoyable pedestrian experience for both the residents and the public. Located between 8’ wide sidewalks and the units, a semi-private area is created for the residents by strategic placement of trees and bushes along the project perimeter.

Check out renderings below! 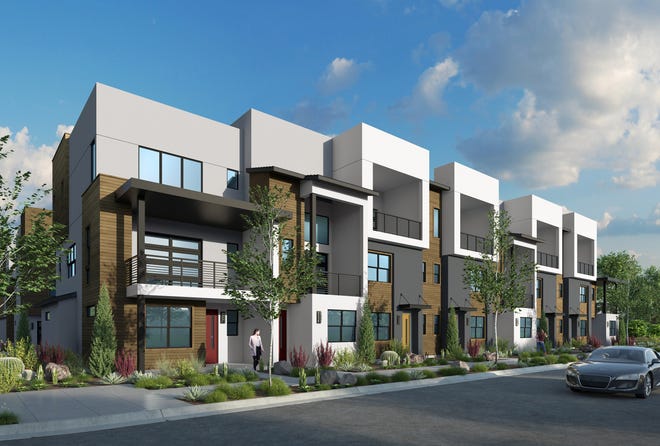