On November 2, GEHL held a public input meeting regarding the Virginia Street Placemaking Project. They presented the public feedback they have collected thus far via a survey the public filled out, showed some examples of other cities and the changes they implemented, and provided some useful statistics on tourism and how our downtown is currently utilized.

One of the primary goals of the meeting was to see if their ‘take’ on Virginia Street matches public opinion of the state of the Virginia Street corridor, and for the most part, their assessment was very accurate.

Over 2700 people participated in the survey, which, according to GEHL, is more public participation than much larger cities they’ve completed studies for. One thing is for sure...residents care about downtown, and Virginia Street, and it’s on their radar.

GEHL used the survey as part of a multi-pronged approach to this placemaking study. Other prongs include amenity mapping along Virginia Street, open source and census data, work sessions and interviews, onsite observations, past reports and mobility models and trends in other cities. 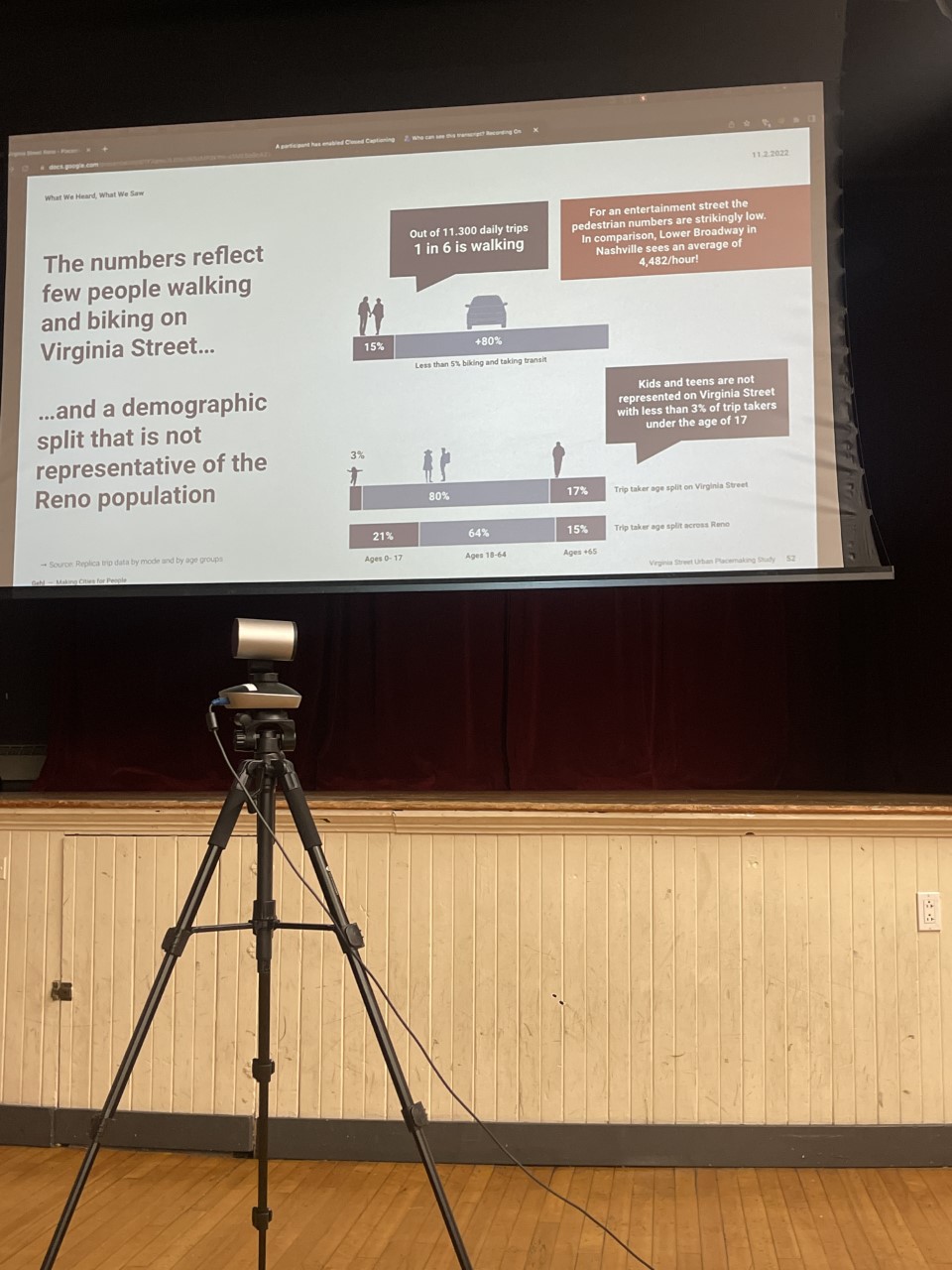 Before diving into the results of the survey, they provided some up-to-date stats about downtown; 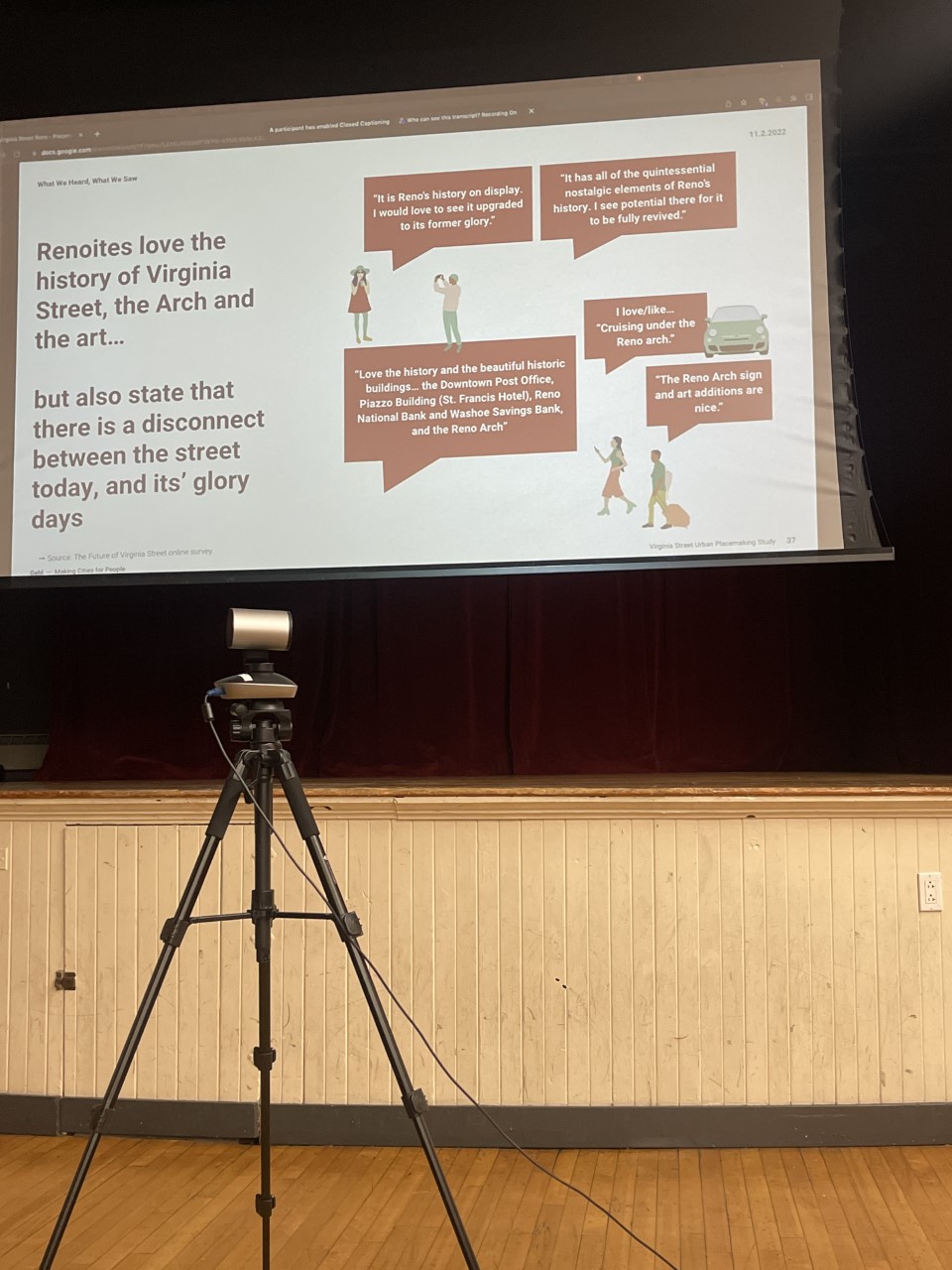 Those stats kind of culminate the reason why a placemaking study like this is needed. So now, for the reality check.

Some common themes arose from the survey as well.

- People brought up the love of historic buildings downtown, but are either vacant or not fronted with public spaces to enjoy them

- Renoites see the casinos as an important part of Reno’s DNA< but want more local shops and eateries mixed in on Virginia Street. 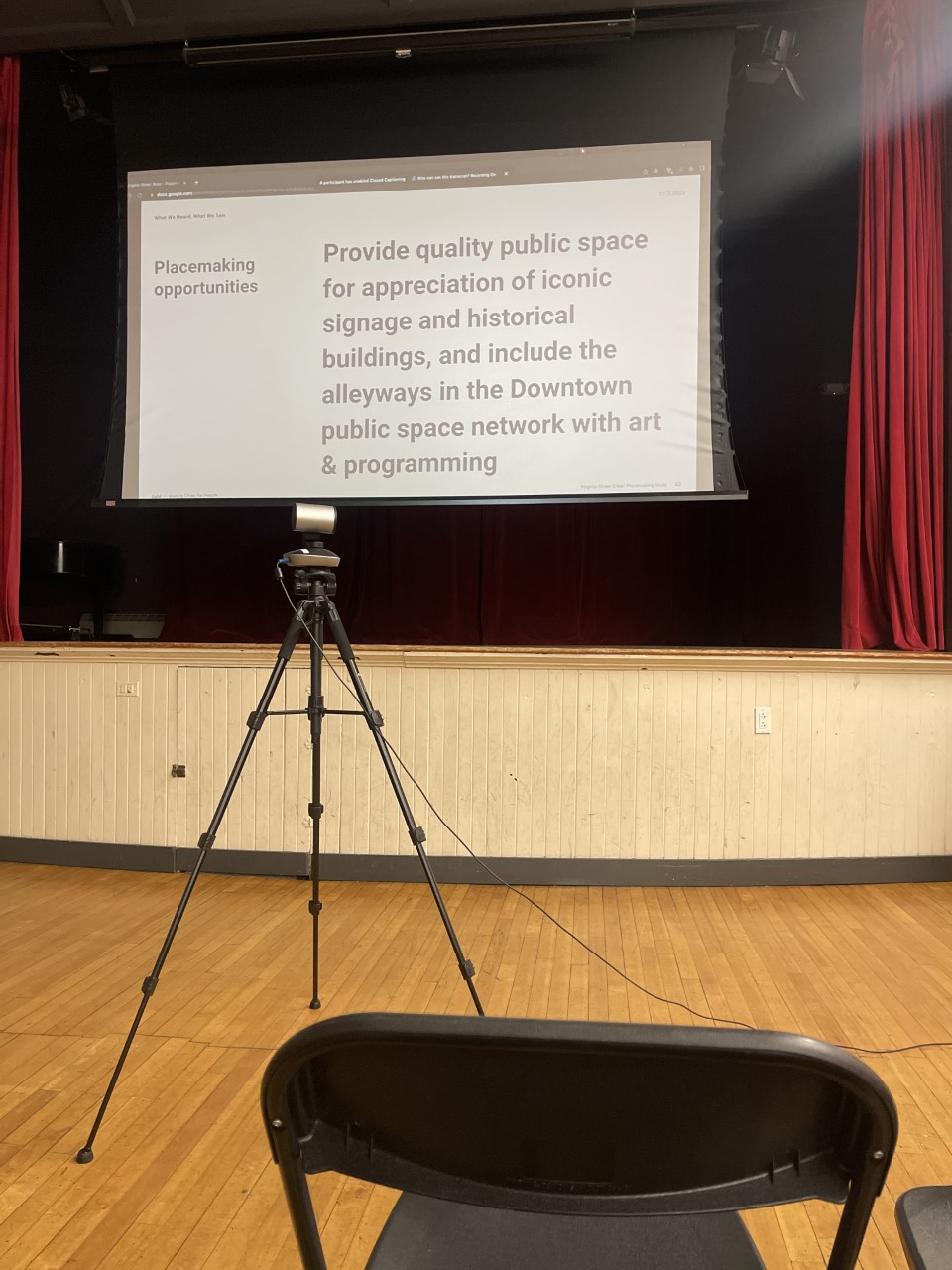 Some of GEHL's own observations include:

Then it was time for Q&A.

Some great questions came up, including who would pay for it once it’s implemented, and will there be an action plan/implementation plan after the study is complete. Some longtime downtown Reno residents brought up that there was a similar study done years ago, and all it resulted in was an assessment district formed.

I presented my own question, which was ‘Have you talked to the casinos yet?’ Because (real talk here), their section of Virginia Street has remained unchanged since I started this blog in 2005. Yes, in 2007 sidewalks were widened and some trees put in, but the casinos are fully responsible for not activating their stretch of Virginia from 3rd Street to 7th Street. My personal opinion, and some in the audience agreed, that for any kind of true placemaking implementation to be successful, they have to be on board to make some major changes, and invest private capital into the project. For example, to convert a row of ground floor parking spaces at the Circus Circus parking garage to street-facing retail, or perhaps the Silver Legacy to convert their fake storefront facades to real storefronts. Or building on and activating the vacant lots on North Virginia Street that The Row owns, including the two buildings they recently demolished. Or Whitney Peak to aggressively pursue tenants for their two closed-down retail spots between Plaza and Commercial Row in their parking garage by offering cheap lease rates. 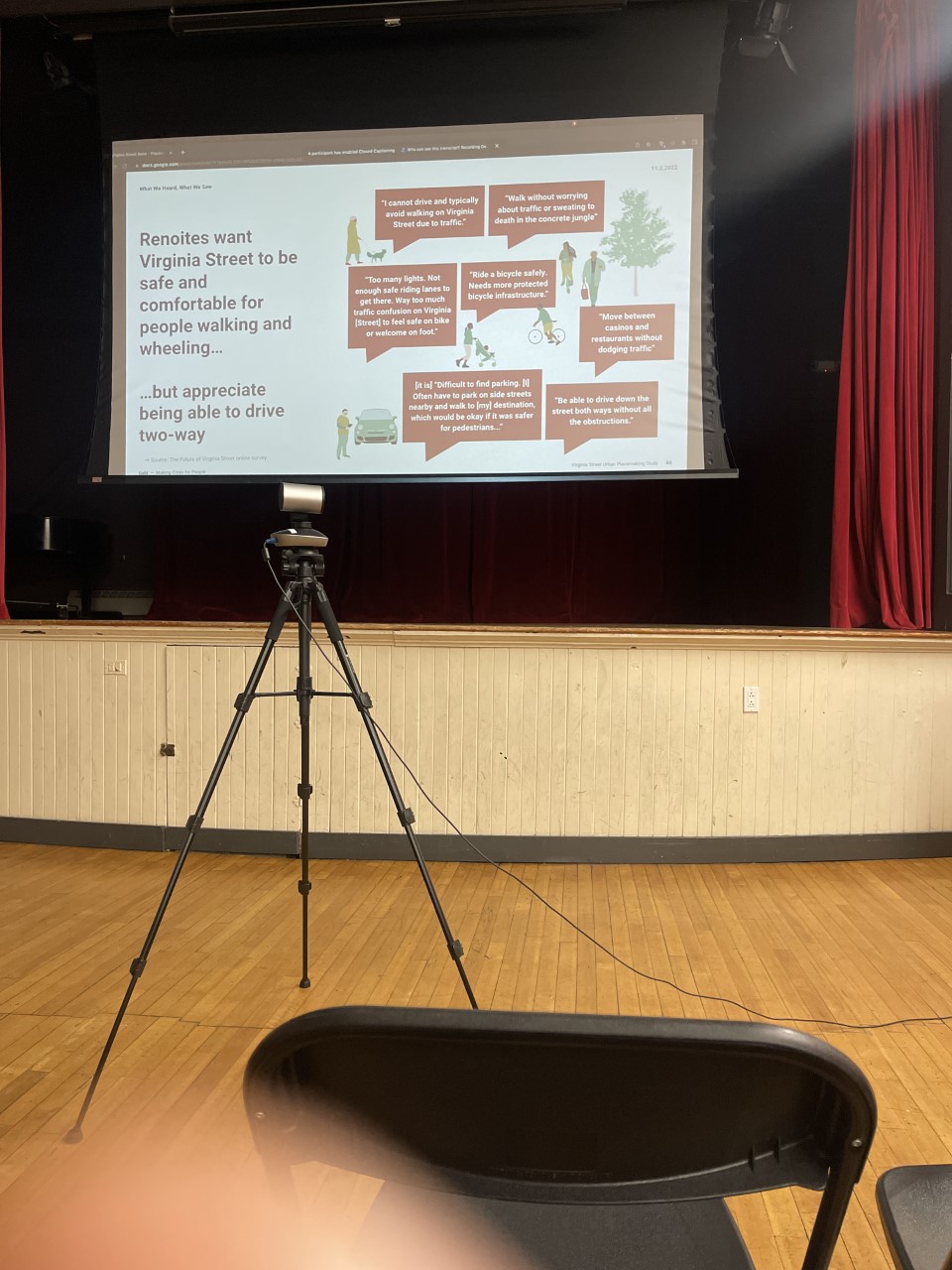 The other big components are stubborn commercial property owners. The ones who have done LITERALLY NOTHING with their properties for 20+ years. Beyond maybe implementing a vacant building tax, this is out of the City Council’s and city staff’s control. It’s time for some public/private partnerships maybe?

I got the impression from GEHL’s answer to me and others that Virginia Street could be activated without these owners getting involved. That could be true to some extent, with some sidewalk vendors, benches, maybe an interactive self-guided art tour, large-scale interactive art, things to take photographs of besides the Arch.

They referenced the success of Midtown in their presentation, however Midtown was successful long before the sidewalk widening and landscaping project from 2020/2021. Part of that success was due to property owners asking low lease rates for new businesses. I was told by a couple of developers, primarily Carter Bros., their strategy for filling out the Sticks Project and their other properties was to offer lower lease rates to small businesses to help get them jumpstarted. It allowed small businesses to come in with a bit less overhead, build up their business, and create the mass of bars and restaurants and retail that was needed. And yes sure, as lease rates rose later on, some were forced over to Wells Avenue or other neighborhoods as a result, but the critical mass of foot traffic was already there.

GEHL mentioned the activation of public spaces (street level activation) has to come before the next wave of residential construction is complete (Ballpark Apartments, MOD II, Reno City Center, Eden Towers etc) so new and longtime downtown residents feel they live in a true, activated neighborhood.

The main purpose for this public input process was to see if GEHL’s assessment of Virginia Street thus far matched public perception, and GEHL knocked it out of the ballpark in this respect. There were so many ‘yes’ nods in agreement from the audience as GEHL presented, it was an eye-opening, frighteningly accurate of Virginia Street’s current state and its challenges. Good job, GEHL!

I look forward to the next steps in this process, which will be developing some designs, and then coming back to the public for input on that in February.