Very interesting indeed. I just was 'confirmed' as a friend on Facebook for a pub called The Ole Bridge Pub, and one of the photos in their gallery is what looks like a Palladio space facing the river, and also view shots from the large Palladio deck overlooking the Truckee River. Could it be that one of Palladio's prime riverfront spaces could finally be occupied? Stay tuned! Open this summer! 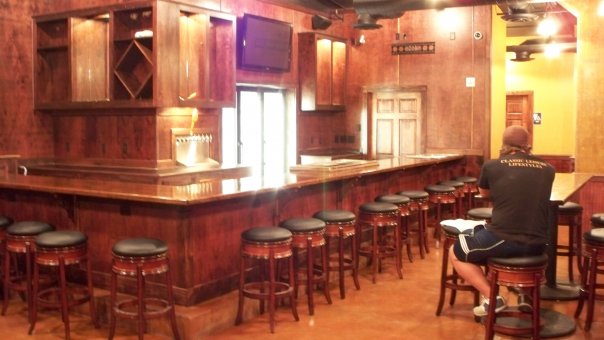 Posted by: M Forsyth - 7/29/2009 8:37:03 AM
Are you kidding the only new residents by the river is a new crop of homeless people and juvenile trouble makers

Posted by: DowntownMakeoverDude - 9/27/2010 7:36:28 PM
Whoa! Sorry about that Blake, I had total bar comment cross-over issues going on there. St. James Infirmary and Ole Bridge Pub accidentally were sharing the same comment zone, so identical comments appeared on both pages. Since most of the comments were geared toward Ole' Bridge I assigned the comments to that bar. I called St. James a nerd bar because the last time I went there, Star Trek (the new one) was playing on the big screen and people were sorting through and playing old vinyl. And the juke box, is pretty cool. That's pretty nerdy (and welcome).